I stood and walked toward my office door. I lingered for a second before gently pressing it closed. I heard the gratifying click signifying it would not open under its own power. I returned to my desk, removed my glasses, placed my head into my hands and vigorously rubbed my forehead. The left side of my head humming with pain. Rubbing my forehead briefly allowed the pain to go away knowing it would not return until I left the office. That time would come but not soon enough.

I sit at my desk and my back remains fixed toward the large windows which adorn my office. I am happy to have windows but on this day, not being able to see the sunshine might have been a better option.

The phone rings and I am made aware my next patient awaits. I stand and walk toward the window and see my Vespa through the window. For a split second I am lost in thought; daydreaming about the ride home which will be the most relaxing part of my day. Before I leave to usher my patient to my office, I call one of our nurses and ask for another “cocktail”, the medication which I know will help this throbbing headache go away and will allow me to hobble through the rest of the day. 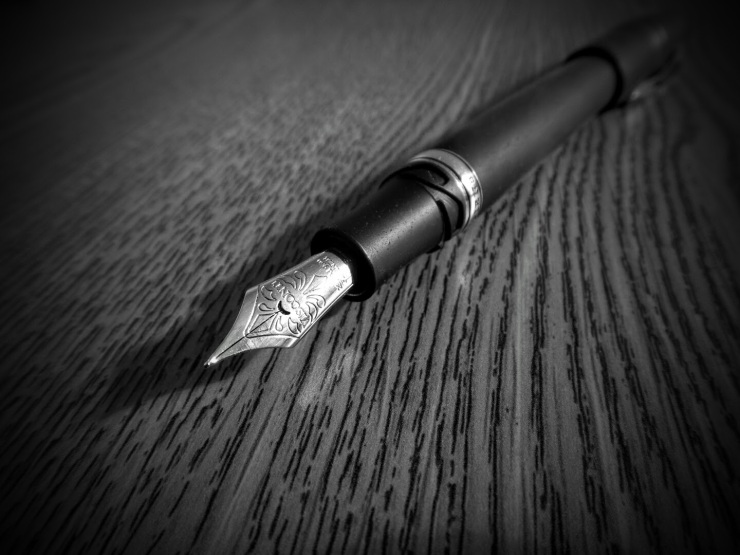 After my patient leaves, I begin to think about this session. I realized I have not consistently done the things which I have asked him to do in his recovery. I open my journal to reveal I have not written in it since June 20th. I felt like I had nothing to say; obviously, that wasn’t the case. My meditation cushion has been obscured from view, lying under a pile of opened but unread magazine and newspaper articles. I reached for one of my fountain pens only to find out the ink has dried from lack of use. The pen needs to be cleaned before it can be re-inked. I sigh and walk to the bathroom to clean the pen. As I am flushing out the old, dried ink; I become mindful of my need to flush out these same thoughts which are keeping me tied down. I have allowed myself to dry up and become unusable.

I re-inked the pen, my favorite; a Visconti Homo Sapiens with a nib which writes unbelievably smoothly. I touched the nib to the absorbent paper of my journal and watch as the ink and the words the ink has become, fill the page. Thoughts and feelings are pouring out of me like a water faucet which has been turned on high. I stop momentarily, in disbelief as I previously thought there was nothing there to come out. The clog has been removed. Thoughts and feelings begin to flow again, unimpeded.